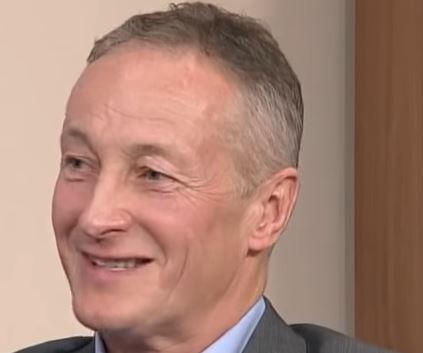 Richard Dunwoody  had 18 Cheltenham Festival wins including a Champion Hurdle on Kribensis for Michael Stoute and and a Gold Cup on Charter Party for David Nicholson.

He won the Arkle on three occasions. Here he is winning the 1991 renewal on the Nicky Henderson trained Remittance Man:

Kribensis was actually a  two time winner for Dunwoody adding the Champion Hurdle in 1990 as a six year old having won the Triumph in 1988.

Here is a clip of Dunwoodys Champion Hurdle win:

and another of Charter Party’s Gold Cup success:

Dunwoody was Champion Jockey on three ocassions and rode 1699 British winners in his career. He had a rewarding association with the grey’s Desert Orchid and One Man,winning a pair of King George VI Chases in each. He also won 2 Grand National. The horse Richard Dunwoody first won on at the Cheltenham Festival, West Tip, went on to win the 1986 Aintree Grand National. He won the race for a second time on Minnehoma in 1994.