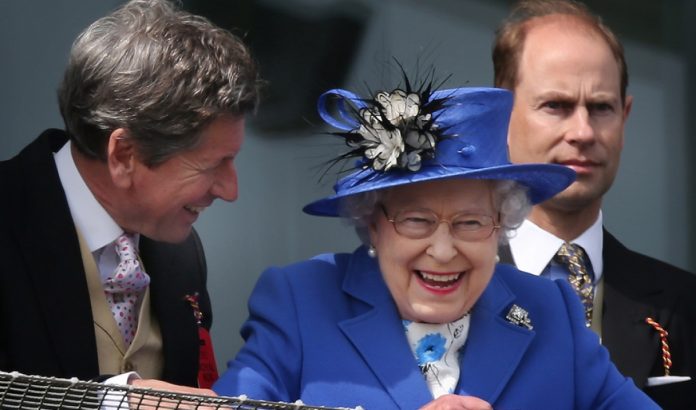 Pyledriver saw off all comers to record an 18/1 success in the G2 King Edward VII Stakes over a mile and a half, marking the son of Harbour Watch as a live contender for the G1 Investec Derby (Epsom Downs, Saturday, July 4).

It was a second Royal Ascot success for trainer William Muir, 18 years after Zargus landed the Balmoral Handicap and an eighth for jockey Martin Dwyer, who is Muir’s son in law.

Pyledriver took up the running just over two furlongs from home and never looked in any danger as he saw off 9/2 chance Arthur’s Kingdom by two lengths.

William Muir said: “We could have had a double! Both horses got led out this morning; I was there to weigh them. Jack’s Point (second in the opening Buckingham Palace Handicap) came out of the yard like an absolute jumping jack, and he was 14, 16/1. By the time he’d had his lead-out and come back to his box, he was 66/1. I had to go home and look over the door and check he hadn’t lost three legs! I thought, that’s fair enough.

“And this horse [Pyledriver] is still a big, weak horse baby, he has progressed and progressed. It i only the last three days that he has come alight. I went to feel his legs the other night and he reared up on top of me, and I thought, ‘you’re coming now, you’re getting your strength up’. I knew he’d stay, and he’s got a turn of foot.

“I suppose we will have to think about the Derby. We have got two weeks and a bit longer. He’s had an easy run there today – he has gone round in the slip-stream and just picked up. I thought we would run a big race, but there were one or two horses in here that were well-touted, well-talked about. Aidan O’Brien said that Mogul was probably his best Derby hope…

“So I said to the owners – they’ve got the mare, we’ve got a New Approach two-year-old, she’s beautiful, going really nice, just gently until the back end, we’ve got an Oasis Dream yearling coming through, and a Frankel filly foal on the ground which is stunning. And the mare is in foal to Kingman, so we’ve got enough to come. I might have to keep on training now!

“Whatever he does, he is such an athletic, nimble, easy mover. You can never say that a horse will run at Epsom. But this horse has such a balanced way about him, I think he probably would handle Epsom. But you don’t know.

“I actually thought last night, probably it will be just be our luck that we will have a winner tomorrow and no one will be there to see it! I told my owners – they live in Weybridge – that I’ll be round for a barbecue. There’s only two of them, I’m allowed to mix with two others, so I said get the barbecue on. But I’ve been told I’ve got to go to Windsor and saddle up there. I am a professional and I do it every time! This is fantastic. We’ll be back here Saturday with Jack’s Point for the Wokingham.”

Martin Dwyer added: “I felt Pyledriver had improved from his Kempton run. It was only a six-runner race and I thought the two of Aidan’s were the only ones to beat. I knew he had more in him and he ran a pleasing race at Kempton.

“He did it well. The ground was no trouble to him. You never know if they will handle Epsom until you have been there, but this horse, we know he stays, has a turn of foot and handles most grounds. The track is a little bit of an unknown, but what he does really well is switch off. If you get a position, he will switch off and then pick up for you when you ask him. They are solid positive points going to Epsom if he takes part.

“The crowd plays its part, but that is normally afterwards when you are either very fed up or you’re over the moon as you’ve had a winner. So much work goes into these championship races. I’ve been watching mile and a half races round Ascot this week as even though I’ve ridden here for 20 years, they are so tactically run and you need to be so switched on. As a jockey, these are the big moments so you get your game face on and get on with it.

“I needed to get a bit of room to get off the rail turning in, so I had to move out and take the gap when it was there. I probably hit the front too soon, but he was just a bit lazy and when the runner-up was coming, he did go again. They are really good attributes.

“Pyledriver is a different type of horse to Sir Percy [2006 Derby winner ridden by Dwyer]. He was unbeaten as a two-year-old over six and seven furlongs. This lad by contrast won first time out last year, but is always growing into himself. He ran in the Royal Lodge last year, but it was like Bambi on ice as he was all legs that day.”

Guy Leach, who owns Pyledriver in partnership with his brother Hugh and Roger Devlin, commented: “I am delighted for William, he works extremely hard and doesn’t get the best horses, so just nice to give him a good one. And what a dream ride by Martin Dwyer, another Classic-winning jockey who does not get the rides that he used to, delighted absolutely delighted.

“Unfortunately, it is going to be very quiet. We are in Wales and not allowed to travel more than five miles, it is all very different. But I will still enjoy the night with a glass and watch the race over and over again.

“The horse will tell us, we will have to see what he is like or what William thinks over the next few days. We must remember we would have never have been in the Derby in a normal year and we would never have supplemented him. If the horse is well enough, I am sure we’ll take our chance.”

Click here for audio interviews with William Muir and Martin Dwyer:
http://www.lloydbell.co.uk/access2/index.php?a=UmFjZW5ld3M=&b=31557<< Back to Racing Headlines

Kev and Paul look forward to the 2022 Cheltenham Festival and start with a look at the Stayers Hurdle won in 2021...
Read more
Graded Races