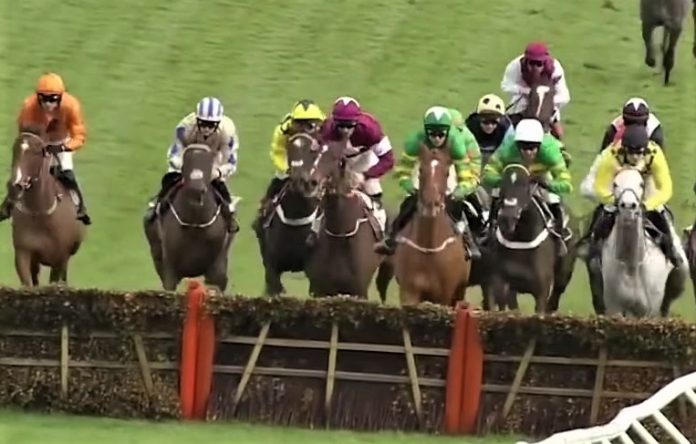 Defending champion Harambe among 36 in Unibet Greatwood Handicap Hurdle   The 2019 winner Harambe is among 36 entries for the £80,000 G3 Unibet Greatwood Handicap Hurdle, run over two miles on the third and final day of The November Meeting, Sunday, 15 November.   Harambe sprang something of a surprise last year at 16/1 and now has the chance to become the first two-time winner of the race.   His trainer Alan King, who landed the spoils in 2017 with Elgin, has also entered recent Welsh Champion Hurdle victor Sceau Royal and Edwardstone, last seen out when sixth in the G1 Sky Bet Supreme Novices’ Hurdle at The Festival™.

Song For Someone
Anemoi has already been in winning action this season, taking a two-mile handicap at Wetherby on 14 October. That was the six-year-old’s first start for 550 days, during which time he underwent wind surgery.   Trainer Harry Whittington said: “Anemoi could run in the Greatwood Hurdle.   “He may run in a Listed handicap hurdle at Ascot on Saturday and then perhaps go on to the Greatwood, but he has plenty of options at the moment.   “He has actually also been schooling over fences, so we basically want to cover all bases with him at the moment.   “We will continue to see how he schools over fences before making any firm decision, which means the Greatwood could definitely still be on the table.”   The five Irish-trained entries include 2019 Galway Hurdle victor Tudor City, one of two possible runners for trainer Tony Martin, and Wolf Prince (Gavin Cromwell), who was last seen out over hurdles when second in the G1 Spring Juvenile Hurdle at Leopardstown in February.   Weights for the Unibet Greatwood Handicap Hurdle will be revealed on Wednesday, 4 November.   Ed Nicholson, Head of Unibet’s racing communications & sponsorship, said:   “The Unibet Greatwood hurdle has always thrown up quality two-mile hurdlers since it’s inception in 1987; that year Celtic Shot won before taking the Unibet Champion hurdle the following March.   “Space Trucker, Rooster Booster, Sizing Europe and Menorah are all on the Unibet Greatwood Hall of Fame, while in recent years Garde La Victoire and Elgin have won the race, while many other G1 contenders such as Silver Streak, Verdana Blue and The New One have placed.   “It’s no surprise that big race trainers such as Philip Hobbs, Paul Nicholls and Alan King have good records in the Unibet Greatwood hurdle, but what is a surprise is that Unibet ambassador Nicky Henderson has never won the race, given his seemingly perennial ammunition of good two-mile hurdlers. This time around he relies on a pair of mares in Countister (20/1) and Marie’s Rock (12/1).   “Alan King has won the race twice in the last three seasons and his Edwardstone heads Unibet’s market at 7/1, just ahead of the Paul Nicholls trained Thyme Hill at 8/1.   “The Unibet Greatwood hurdle is one of two big sponsorships for Unibet on Sunday, 15 November, as we also sponsor the Grade 1 Unibet Morgiana hurdle at Punchestown, and they form two of six legs in our Unibet Road to Cheltenham series of two mile hurdle races that culminates at the Cheltenham Festival in March with the Unibet Champion hurdle itself.”

Hennessy Gold Cup Stats We are still getting used to the new sponsor of the race formally known as...
Read more
Graded Races

This is the first Grade 1 Chase for stayers in Great Britain of the season. It should in theory be a pointer...
Read more
Cheltenham 2020

Altior set to begin his season at Sandown Park as 14 entries revealed for Betfair Tingle Creek ChaseEntries are unveiled today for...
Read more

The most famous jumps horse of all. https://www.youtube.com/watch?v=770jZ0R-Nok
Read more
Load more